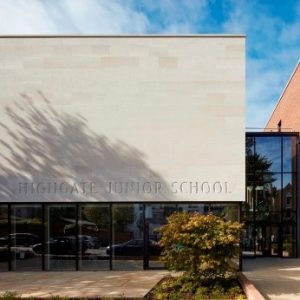 16th January
The New Junior School and Fibonacci
David Smith, former Head of Physics
Highgate’s magnificent new Junior School opened for business in September of last year. After exploring the history of the Junior School, David will describe the philosophy behind the new structure, making particular mention of the Leonardo Bonacci – known as Fibonacci – and the features around the building that his sequence inspired.