Roger was a late starter as a musician playing his first concert aged 28. He was one of the founding members of the Chevalier Brothers in the 1980s and played about 1,000 gigs all over the world with them. He then signed to Acid Jazz Records and started releasing highly regarded solo albums under the name of The Beaujolais Band & Vibraphonic. With Vibraphonic he had a number one hit on the US jazz charts and as a result he was signed to Disney’s Hollywood Records in LA and released two albums for them. Since 2000 Roger has concentrated on more acoustic jazz. Roger has played with most of the top jazz musicians in the UK along with Slim Gaillard, Pee Wee Ellis and others. Roger has also been prolific in the studio working on albums for many pop artists including Robert Plant, Paul Weller, Roni Size, Kirsty MacColl, Morrissey, Fairground Attraction, Rumer, Duffy, Alison Limerick, Alexander O’Neal, Omara Portuondo, Ed Motta, Shola Ama and many others.

In a blindfold test the main man of vibes Gary Burton thought that Beaujolais was ‘one of the top vibes players of the USA’. Favouring the music of 70s New York and writers like Bobby Hutcherson. McCoy Tyner, Joe Henderson and Wayne Shorter, as well as his own material with dryly humourous titles like Joe Beam and Mr Non PC, this is a near perfect band of great players whose sole aim is to give us ‘a couple of hours of seriously inventive improvisation’ based on great tunes, understated grooves and swing 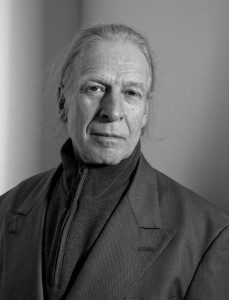