From her earliest beginnings busking on the streets of London to her appearance at the first ever Glastonbury Festival and her two solo albumms recorded in Memphis alongside greats like the Brecker Brothers and her appearances with contemporary ‘classical’ choir The Shout, Carol Grimes is a true artist and unique presence on the British scene. Her performances of jazz, blues, the occasional standard and maybe a poem ensure that she is always one of our most popular artists; someone who inspirese real affection. With its subtle grooves laid down by Malcolm and Clifford and the declamatory shouts of the wonderful trombonist Annie Whitehead this is one of the most genuine and human attractions to be seen anywhere.

Concessions are available for students, people on benefit and over 60s. Proof must be provided when collecting tickets. 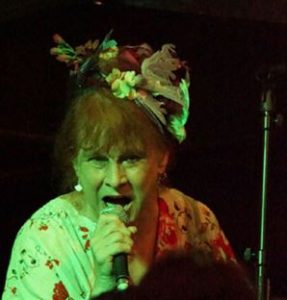