Stephen Hose trained at the Royal Academy of Music where he held a Vaughan Williams scholarship. He has specialised in chamber music and has worked extensively as a Musical Director, conductor and pianist in London and regional theatre, in addition to appearances in France, Sweden, Ireland, and Germany.

He was Chorus Master for Jessye Norman’s “Ellington’s Sacred Songs” at the Barbican Theatre, and Epidavros, Greece. His work as Music Director for OperaUK has included “The Barber of Seville”, “Cosi fan Tutte”, “La Traviata”, “The Merry Widow”, “Olé” and “El Amore Brujo”. His work with the the Merry Opera Company includes “La Traviat”, “The Magic Flute”, “Kiss Me, Figaro!”, “The Barber of Seville” and “La Belle Hélène” (aka Troy Boy). He has also conducted over 50 performances of their uniquely staged Messiah.

Stephen was Musical Director and Associate for five productions of ITV’s “Christmas Glory”, which was filmed from New York, Llandaff Cathedral, and Westminster Abbey and featured stars from opera and pop including Sir James Galway, Charlotte Church, Montserrat Caballe, Robin Gibb, and Bryn Terfel amongst others. Other TV work includes “The Choir” (BBC2), “The People’s Passion” featuring Jessye Norman and Sir Thomas Allen for the BBC and a documentary for Channel 4 on the Titanic. 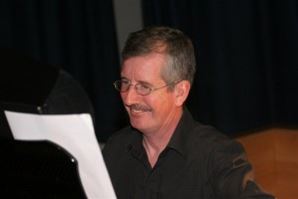