Formed out of Alec’s love of music from the Iberian peninsula, World Spirit crosses the Straits of Gibraltar into Africa and beyond. Alec has joined forces with daughter Emily Dankworth, leading tenorist Julian Siegel and drummer Winston Clifford to explore melodies from Africa, South America and other continents from a jazz perspective. With tunes by Duke Ellington, Bela Fleck, Antonio-Carlos Jobim, Abdullah Ibrahim and WC Handy originating from Ireland, Venezuela, Bulgaria, South Africa, Mali and Brazil, World Spirit offers an evening of global song and improvisation.

Alec Dankworth has worked with artists as diverse as Stephane Grappelli, Abdullah Ibrahim and Van Morrison. After studying at Berklee College of Music, Alec became a member of various groups, notably Clark Tracey, Julian Joseph and Nigel Kennedy. During a period of residency in New York he played with the Duke Ellington Orchestra and joined the Dave Brubeck Quartet. As well as running his own bands, he is a member of Ginger Baker’s Jazz Confusion.

Emily Dankworth’s voice is forged from the DNA of Jazz royalty. She has sung in choirs all her life, and in 2011 studied jazz vocals at the Guildhall School of Music. She now sings in the acapella group Vive and has performed in the UK and Europe. She also sings with Alec’s Spanish Accents and works with her own group. 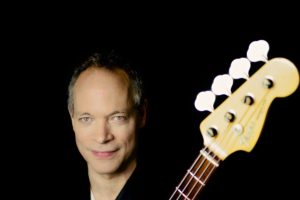