Gemma Maclean and Ben Morris will star in the new production of the 1966 Tony Award-Winning musical I Do! I Do! which will run at Upstairs at the Gatehouse in London this Autumn.

The show has music and lyrics by Tom Jones and Harvey Schmidt, best known for their long running hit Off-Broadway musical The Fantasticks. This new production will feature all-new and updated material including never before heard songs by Tom Jones.

Based on the Jan de Hartog play, The Fourposter, I Do! I Do! chronicles the highs and lows of a couple’s marriage spanning over fifty years. I Do! I Do! was the first two-person musical to play on Broadway where it originally ran for 560 performances starring Mary Martin and Robert Preston prior to a successful 1996 Off-Broadway revival.

Gemma Maclean’s stage credits include The Wizard of Oz (London Palladium), 9 to 5 the Musical (ATG), The Witches of Eastwick (Prince of Wales Theatre), Sweet Charity (Menier Chocolate Factory) and We Will Rock You (Dominion Theatre).

Ben Morris’ stage credits include The Phantom of the Opera (Her Majesty’s Theatre), Beautiful – The Carole King Musical (UK Tour), The Commitments (UK Tour), and Fiddler on the Roof (Savoy Theatre).

I Do! I Do! is directed by Joseph Hodges with musical direction by Henry Brennan, set design by Emily Bestow, lighting design by Joseph Ed Thomas and casting by Jay Gardner.

The new production will run at Upstairs at the Gatehouse, Highgate Village from Tuesday 29 October until Saturday 16 November, with Press Night on Wednesday 30 October 2019 at 7.30pm. Tickets are on sale from the Box Office at Upstairs at the Gatehouse on 020 8340 3488 or online at www.upstairsatthegatehouse.com. Performances run Tuesday – Saturday at 7.30pm, Saturday at 3.00pm and Sunday at 4.00pm. 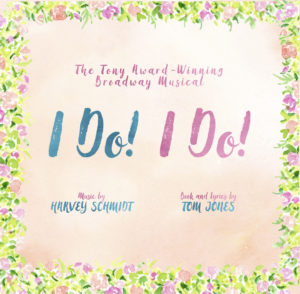 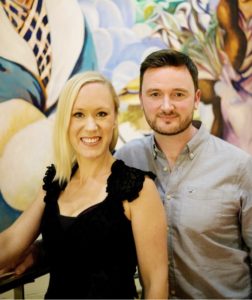