To get a weekly round up email hitlistn6@hotmail.com to subscribe to the Highgate HitList 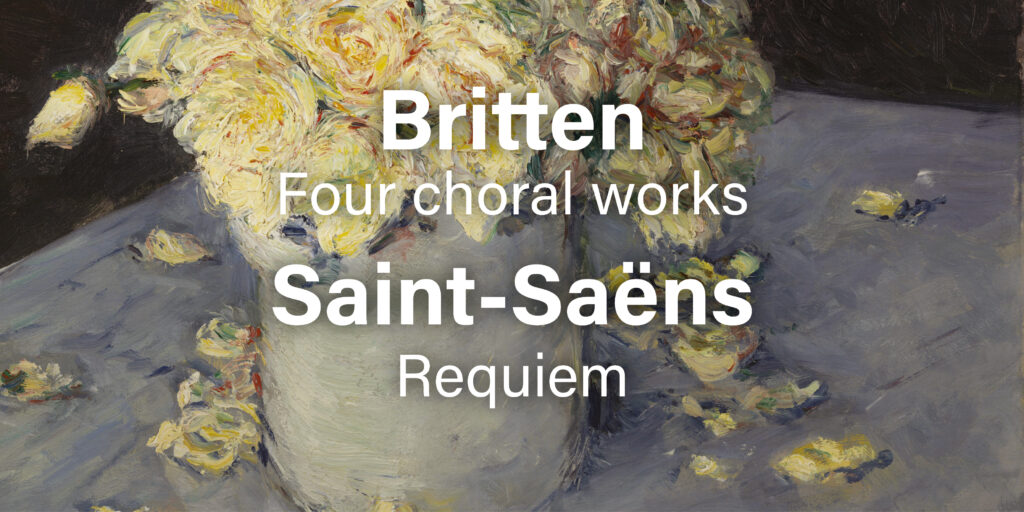 Chamber choir Voxcetera returns to St. Michael’s, Highgate, for a thrilling concert featuring Camille Saint-Saëns’ Requiem and four pieces by one of the best-loved and most distinctive composers of the 20th century, Benjamin Britten.

Saint-Saëns’ compelling and accessibly beautiful 1878 Requiem moves from quiet simplicity to unearthly fortissimi to shake you to the core. Originally scored for a vast orchestra, this version arranged for harp, strings and organ maintains Saint-Saëns’ heightened expression and heartfelt sincerity, but with the intimacy of chamber music. The performance features soprano Angela Henckel who has performed with notable ensembles all over the world, and in UK venues including the Wigmore Hall, Queen Elizabeth Hall, St. Martin’s-in-the Fields and Symphony Hall, Birmingham, as well as on Radio 3.

Britten wrote in 1945, “One of my chief aims is to try to restore to the musical setting of the English Language a brilliance, freedom and vitality that have been curiously rare since the death of Purcell”. That vitality is abundant in his extraordinary cantata Rejoice in the Lamb, by turns as mad and as beautiful as the religious poems by Christopher Smart from which Britten took the text. Other short works on the menu are the joyful Jubilate Deo, the dramatic Missa Brevis in D, and Festival Te Deum which sets ethereal Gregorian chant against a progression of shifting organ chords.

A bar will be open before the concert and during the interval.